African American people have been central to Washington, D.C. since its inception in 1791. The city is rich with Black history, from arts, culture, education, and politics to industry, invention, and the fight for racial equality. Learn about some of the people and places that help tell the story of Black history in our city by checking out the local and accessible historical sites we share below--all places that Urban Adventure Squad has visited during outdoor learning programs.

Did you know you can walk in the footsteps of Duke Ellington if you head to the U Street corridor? Squad members have explored this area once known as Black Broadway, by Geocaching, going on mural scavenger hunts, exploring African American architecture, and following parts of the City within a City: Greater U Street Heritage Trail (linked below).

Countless musical legends performed in the clubs and theaters in the U Street area, including Cab Calloway, Ella Fitzgerald, Louis Armstrong, and native Washingtonian Duke Ellington. Duke Ellington was born at 1217 22nd Street NW and went on to live at 1805 and 1816 13th Street NW. You can eat lunch at Right Proper Brewing Company at 624 T Street NW and imagine back to when it was Frank Holliday’s Pool Hall, a neighborhood hub where young Duke Ellington was inspired by the musicians he saw performing. If you check out the alleyway between Right Proper and Howard Theater, you’ll see a mural featuring Duke Ellington, Mahalia Jackson, Billy Taylor, Shirley Horn, Ron Holloway, Meshell Ndegeocello, and Davey Yarborough. Duke Ellington performed at the Howard Theater even after he moved away from D.C., which is why you can find a sculpture of the legendary musician just outside the theater’s doors. But his first paid gig was in the historic True Reformer Building on U Street--one of the first buildings to be designed, built, and financed by African Americans.

Did you know that the first African American U.S. Army regiment in the United States had to hide out on Roosevelt Island because of racially motivated hatred and violence? After the Emancipation Proclamation, more and more African Americans wanted to fight for the Union Army, forming the 1st District of Columbia Colored Volunteers. The volunteers became the Bureau of Colored Troops on May 22, 1863, taking their official status from volunteers to soldiers.

The soldiers were secretly moved to Roosevelt Island so they could live and train without being attacked by hateful Confederate sympathizers. Not even President Abraham Lincoln knew where they had been moved to. Ten companies formed on the island by June 1863, making history as the first African American regiment in the United States.

Squad members love tromping over the Key Bridge and hiking the loop at Roosevelt Island to explore history and geology on this beautiful--and often overlooked--National Park Service land.
​
You can read more here: https://www.nps.gov/hdp/exhibits/african/roosevelt.htm 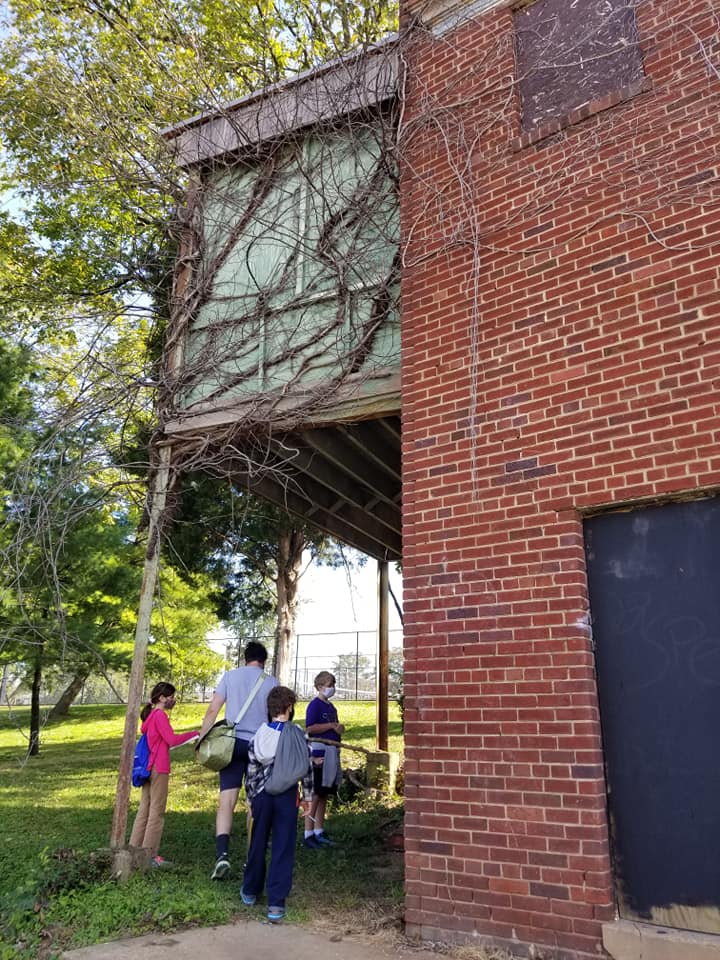 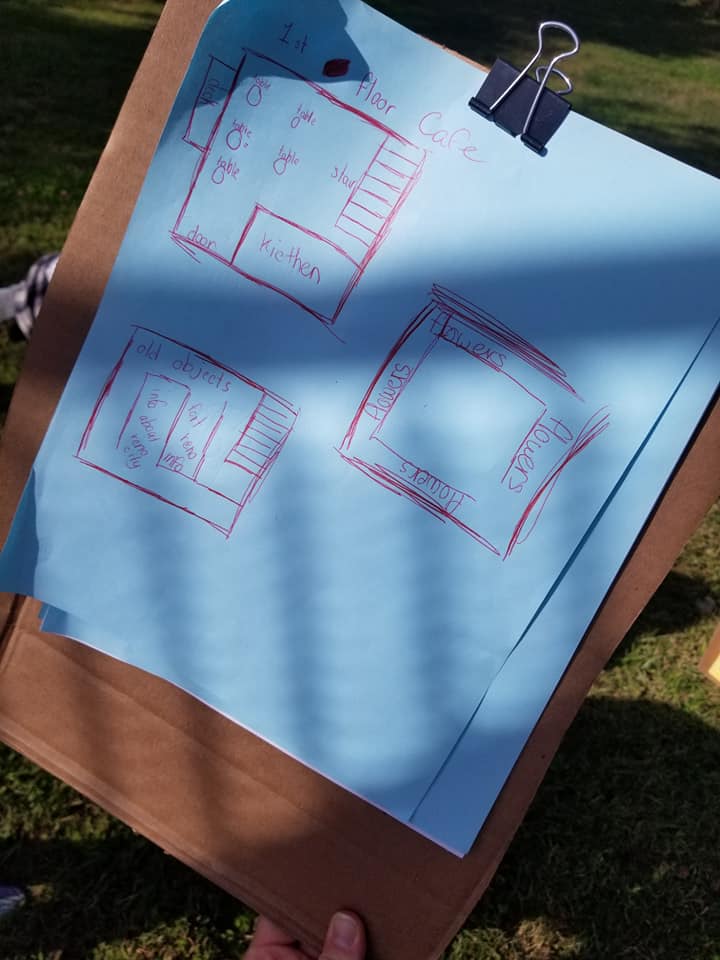 Have you heard of Reno City, a post-Civil War mostly African American neighborhood that stood on the site of what is now Fort Reno Park? Chevy Chase and Tenleytown were white-only subdivisions, and white developers and city council members wanted to remove the Black community from Reno City. By 1951, white developers had been able to force out all the Black landowners and renters, knocking down Reno City to make way for development of Fort Reno Park.

Due to a permitting error, one Reno City building called the Chesapeake House still stands at the corner of Chesapeake Street and Belt Road NW. It was originally a retail operation on the first floor and a private residence on the second, but it has a history of being a community center as recently as the 1990s. The structure is currently closed and covered in vines, but there are many community members--including Wilson High School students--advocating for its return to a community center that would include honoring the history of Reno City.

Squad members explored this history last fall and came up with their own designs for what the Chesapeake House could be. From community center to cafe to pet store, all students agreed that the stories of Reno City should be on display inside the building for Washingtonians to see. 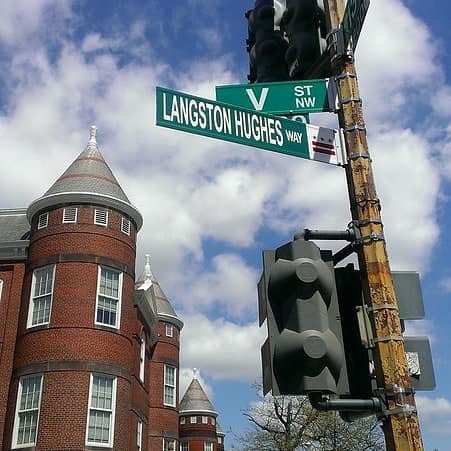 You’ve likely heard of the local restaurants called Busboys and Poets, but did you know that Langston Hughes, the busboy who became a poet, launched his career in Woodley Park? Langston Hughes was a busboy at the Washington Marriott Wardman Park in 1925, where Urban Adventure Squad held our first two week-long programs in August 2014. Hughes was already a poet, well connected with writers and literati in New York City, but his career did not fully take off until he met Vachel Lindsay, a well known American spoken word poet, at the Marriott Wardman Park. Hughes was working as a busboy at the hotel when he recognized Lindsay. Hughes gave Lindsay three of his poems: “Jazzonia,” “The Weary Blues,” and “Negro Dancers.” Lindsay saw Hughes’ talent and performed the three poems at the Wardman Park Hotel, which helped bring Langston Hughes’ work to a wider audience.
​
Squad members have written their own jazz poems inspired by Langston Hughes, performed spoken word, and discovered Langston Hughes Way--a section of V Street near the music-themed Harrison Playground.

Squad members have learned about Emma V. Brown’s accomplishments on walking tours and historical scavenger hunts in Georgetown, as well as during partnered programs with Tudor Place.

At UAS, we use the city as a classroom. You, too, can get outside and get to know your neighborhood! Check out the African American Heritage Trail pdf from Cultural Tourism DC, which categorizes historical sites by neighborhood:
https://www.culturaltourismdc.org/portal/c/document_library/get_file?uuid=e9ded752-0908-42f5-9d30-e4b01555db39&groupId=701982